To get a list of the open sockets on your system you can use socklist if you have it installed. If you don't have it installed you can use a somewhat simpler script like the one shown blow a little less information rich and careless formatting but still useful and much faster then doing it manually :.

Please note the above script only works on 2. This probably also applies to socklist. I'm not advocating that allowing remote administration from your WAN connection is a good thing but there are times where it may be necessary so here are some tips for minimizing the risk of having your router suffering brute force attacks or other bad things happen to it. Whatever is your remote administration tool of choice it's a good idea not to leave access to it from WAN on it's well known port, making it less obvious that you run such a service.

Allowing password authentication is a welcome for brute force attacks so avoid it wherever possible ie for ssh administrations only allow authentication with keys. If you're doing web based remote administration you could send in a key via get and then set a cookie or something like that along with password protected htaccess.

If you can have remote administration active only when you need it you're not leaving the attack surface available all the time but then you need an easy way to turn it on when you're away from home. I've two means of doing so:. Whichever way the temporary remote admin is enabled it also get's automatically turned off after some time should you ever forget to turn it off once you're done. Nweb is a really basic webserver that only servers static html images and a few archive formats, it does not even allow directory listing. Besides that I have it parse and enable before serving the page … so if you don't physically have the page that enables the remote administration a is returned anyway leaving no clue as to waht was done in response to that request.

You should hit github with something like nweb It should be easy for you to modify the source to match your needs. Now that you've done the configuration maybe next time you want to start the AP you want to do it surely more efficiently. If you want it to come up at boot time you could run the script from rc. If you want a neater solution totally integrated in the init scripts read on. Some of this will be picked up by rc.


We need to modify rc. I had a quick look at rc. Udev is very powerful and can do a variety of actions upon detecting certain events, like the appearance of a NIC. Apart from renaming NICs and creating device files it can also execute commands or external helper scripts … this is particularly handy if, for example, you wish that upon plugging a USB Ethernet dongle it automatically assigns an address via DHCP.

A few years ago I wrote a nethelper. Ok ClashNG is a minimalistic thing that uses busybox to replace most of the binaries but still it might be a useful example. Ignore the part that writes stuff to debug what was going on … I'm not udev expert. Although this was written for ClashNG in it still works right with Slackware These udev rules were in network. Without further modification as long as the rc. At the time I also had a modified rc. Have a look at the code script fragments below to get ideas non how you might want to go about it:. If you do all this stuff right you can get your AP to be automatically initiated when you plug in the USB gongle devoted to doing that.

I used to devote 2 usb dongle for this: one that would be left inserted most of the time and has random generated WAP-PSK only for family use and one that would get temporarily plugged in for guests with a much simple WPA-PSK to aid them accessing my home network.

Over the years trying to maintain modified rc scripts functional across updates that involved the rc scripts themselves became cumbersome so I started moving away from modifying the stock scripts and started developing my own stuff. Don't get me wrong I still use and appreciate the stock stuff for my desktop systems. The idea behind my own scripts is based on udev detecting the interfaces even at boot time. The basic idea is still the same: upon detection udev executes nethelper. Be warned that the logger facility is not yet functional in the early boot stages so it may not log the interface startup at boot time.

Logical devices like bridges would need to be initiated either by telling all the physical device starter scripts which is the parent logical device or by adding them to rc. In fact wlan0 is bridged with eth0 … for simplicity I chose not to have daughter devices call parent device init scripts so I start br0 from rc. If you've gone so far you might want a neater way to deal with unplugging dongles as anything udev could possibly do would be too late. One possible approach is to use gpio pins with buttons attached to them and a script that monitors the button status and takes appropriate action when each button is pressed.

I've done this on mi RPi2 with 5 buttons and 5 leds indicating whether the button press has been caught by the monitor script: one shuts down the RPI2 while the other 4 are for deactivating whatever is in the respective usb port to prepare it for unplugging. Here's a picture of such a setup while the script for handling it is here. There is a number of machines that are officially supported from the ARM port and a god deal of community supported efforts for the platforms that are not officially supported. In terms of space you can fit all that's required in Mb with a little careful stripping of unnecessary locales and documents.

The best way to go about that is to add to the miniroot all the packages you need and then strip unnecessary stuff.

Starting from a full install and the stripping unnecessary stuff will take a bigger effort. Al the configuration so far will be exactly the same even if you're running the Slackware ARM port actually since I did most of my testing on an ARM device it's more likely that there be an issue on the x86 platform. This is what the root entry in fstab could look like if you mount it with the noatime option I use labels buy you can also use UUID or just plainly the device file. There are some generic filesystem type that may do better then other at handling flash devices and some that were specifically designed for that purpose but only run on native flash layer not an option on usb flash sticks like cffs2 and ubifs.

There are also other options I've just shown 2 common options that allow mounting rw if required. 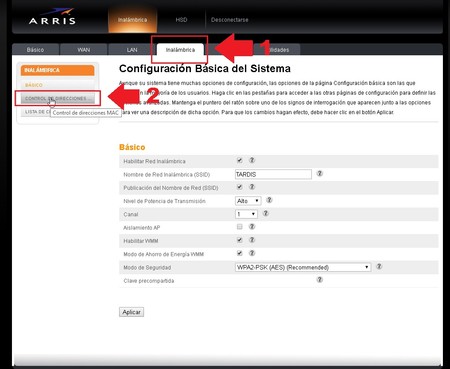 Although journal-ed filesystems are robust with regards to that on the long run bad things may occour. What you really want to eliminate the problem altogether is leave your filesystems on flash read only ro : Slackware was not conceived to run with root mounted ro but with a little tinkering in the init scripts you can work around that problem. Also having the filesystems ro will be even better then avoiding access time updating.

You can remount temporarily with Read Write rw any time you need to make permanent changes then remount ro once you've finished. With the system running ro and only temporary files in ram filesystems all that can get lost across reboots are logs and temporary files … but your system will never suffer catastrophic filesystem failures or prompt for interactive fsck during boot.

If you're interested in actually making such changes to the init scripts I've shared how I go about it on Linux Questions. When you start doing your own stuff you may run into problems that are hard to debug because the cause is pretty much unexpected. Here's an example of one that recently gave me a headache over a long weekend after migrating from the seagate dockstar to RPi2. I had previously tested rigorously the functionality of everything I had changed in the setup and even back-ported some stuff to the dockstar to make sure it was stable.

All seemed fine but when I finally switched to the Pi I started getting plagued with unstable internet connection. I fiddled endlessly with the peer setup without any improvement. Please turn it on for the best experience. A firmware update can resolve issues that the previous firmware version may have and improve its current performance. Enhanced contents of System Log module; 2.

Fixed the security hole of zero-day flaws and dnsmasq; 2. Enhanced the function of Virtual Server; 3.

Add the bulk import option in ARP scanning; 4. Fix the problem of static routing via LAN interface; 6. Enhanced the Traffic Statistics; 7. Fix some save config issue on the page. Bug Fixes: 1. Fixed the issue of NTP Server can't get time automatically after reboot. TP-Link is not obligated to provide any maintenance or support for it, and does not guarantee the performance and stability of third party firmware.