So i just recently did a software update on a Tiger system, and there was an update from Apple that required a restart, so i downloaded it, restarted, and now the system is frozen at a blue screen, the only thing on the screen is my mouse, and a box with the mac os x loading bar, yet nothing will load I tried getting into safe mode but same thing happens It causes a blue screen under Leopard, might trigger it under Tiger after an update or something. Do you have any system haxies installed?

What update did you install just before your machine got borked? He doesn't know which update caused it, but it was surely an update I have not yet repaired the permissions, im just backing up all of his files using an external enclosure , after all that is done, then ill attempt to fix the permission Is there anything else i should try? I can report back tomorrow once all the data transfers are complete. If you're able to do a complete system backup and repairing permissions doesn't work it would be easier to wipe the system and import all your stuff back in.

Bit time-consuming though and it might be something simple thats causing the problem. You could try booting in single user or verbose mode. This basically can boot the system without the GUI. It will look like your booting a Linux machine.

Troubleshooting Mac Problems: Stuck at the Blue or Black Screen

If the boot halts for any reason it should show the point at which it stopped with any error messages. Do an archive and install. It'll keep your settings, applications, home folder and such but will give you a fresh system folder. I reinstalled Tiger, and when i got the chance to migrate files from another system, i chose to restore from another partition on the system, so i used my external image of the previous drive when it had all the data and it automatically picked up all the documents, users, and all the other good stuff Thanks for all of the help!

I just got stuck with the same or a similar problem. After installing the latest Security Update v1. Just to be sure, I let the machine keep trying for over a half hour. I could hear the hard drive working, but it appeared to be stuck in some sort of loop.

The reason for this is that the blue screen was "blinking" every half minute or so. The way it normally blink just before the login window appears or if auto login is on it gets me to the desktop. It would do that over and over. I tried the previous things suggested in this thread to no avail and was even on the phone with and Apple rep who claimed no known issues with the latest security update. She recommended an archive and install. Something I definitely wanted to avoid. I have tons of audio software installed that would require reauthorizations etc.

In the end I just had a hunch and rebooted from an external drive, downloaded the security update manually from apple's support site,. Problem solved.

Everything works fine now. I guess something must have gone wrong during the update itself, possibly the bug mentioned in an article linked to earlier in this thread, but applying the update again fixed it. Reporting back shortly!! I installed a NEW hard drive. Partitioned as Journaled extended, and totally wiped it.

How to Fix a Mac Laptop Stuck on a Boot Screen

Then it said it needed to reboot in 15 seconds What now?! I should note that I suspected it was RAM -- even though it passed tests. So I replaced the RAM. Same problem :. Also I need to note that this blue screen has the spinning beach ball. Still hanging though You can download and install the combo updater in Safe Mode. No need to disassemble.

Regardless -- Do you even think that would be the issue? Beings I can't even seem to install a fresh copy? With a different hard drive! I should have kept reading. Please confirm: Is this a completely vanilla system with NO settings or third party installations from the previous system?

Is it connected to ethernet?

Does it have an airport card installed? Anything else connected other then kbd and mouse? Are you on a network with an OS X server? Assuming you have disconnected all externals and are therefore not connected to a network , this sounds very much like a hardware problem. There were in fact two warranty extension programs for G5 iMacs both of which have now expired so it may very well be a faulty mother board. I am afraid, unless someone else has suggestions, you are going to have to consider either taking it in to Apple for repair, or replacing it with a newer model. The G5's are essentially now orphaned, so I would not be inclined to spend much money on repairs.

One last thing to try is to try booting without the mouse to see if that makes a difference. Thanks for all the advice. Then I booted back up and held shift. It requested disc 2, 3, and 4. The install worked wonderfully. Everything works great in safe boot. Then I reboot the system again Spinning beach ball this time! Let it sit for 10 minutes. Same thing! New Hard drive, fresh install, same issues. Would a failing motherboard really cause this type of behavior? It works flawlessly in safe boot It seems you have eliminated all the other possibilities, except perhaps bad RAM.

Nothing else is connected besides the keyboard and mouse. Per another thread I could believe that. I'm not receiving ANY kernal panics though. I do notice that all of the capacitors are bulging.


Not flat -- but nothing cracked I am afraid, unless someone else has suggestions, you are going to have to consider either taking it in to Apple for repair, or replacing it with a newer model. If I knew that it was a problem with the board, I could call Apple and try to convince them to extend it under their warranty even though it's expired. I appreciate your time and help thus far!!!

With no keyboard or mouse, it still hangs at blue screen. Same results. If you can reference how to reset that, I'll do so as well. I'm not getting kernal panics, the system boots perfectly. It runs perfectly in safe boot. It's a brand new installation. I feel like an idiot. It's gotta be something silly. Please help! If so, what else is on the network. Any cards installed in the G5? Anything nonstandard you have not mentioned?

Resetting PMU as strung suggests is worth a shot. I also thought it was a tower, btw. Did you press the little button on the logic board. If you only used the external method, its worth a shot. Then, reset the PRAM a bunch of times. Once does not always do it. My last idea: the backup battery. 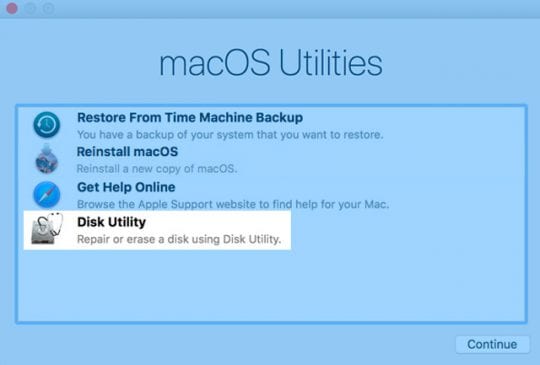 A weak or dead battery can do this. See if clock has kept the time. Battery is a good suggestion. They are only a couple of bucks, so it wouldn't hurt to try replacing it. Hey there, Thanks for the advice again! Was it connected via ethernet after installation, before the boot where it froze? Yes -- I did connect it after. However if I unplug it, results are identical. I reset the SMU -- not via the internal method. I have a second gen I think -- it doesn't have the internal button.

I'll reset the PRAM 8 times for good measure I wish I had a replacement battery here to test with!!! How confident are you this might be the cause? I'd hate to keep the customer waiting only to find out it's not the problem Can I use a Windows one perhaps!? I didn't answer your previous question: No -- nothing else fancy non-stock installed.

The battery is a Hail Mary, but considering the alternative is worth a shot. You should be able to get a battery at Radio Shack.

I think they all have internal button, just harder to get at. What else is on the network? Try a quick test with the clock. If it fails to keep time, the battery is definitely gone. Test is only uncertain if it keeps time. I tried testing the battery in the iMac with a volt meter. Reads 3. Rated 3V It's fine then? Tried a Windows CMOS battery rated the same -- no luck there either : : : Although the windows one did only test at 2V -- but it had been sitting on the shelf for awhile I found it. Will try Lots of other windows machines. However if I pull the ethernet cable, results are the same.

That test takes a couple of hours I tested the volts of the battery. They read 3. I double verified. My system is NOT affected by the warranty extension. It's either not the problem or it is the problem and just not publicly recorded. For the hell of it I tried loading Blue screen, mouse pointer freezes in place, and then the actual mouse pointer is able to move around the screen freely -- if that makes any sense. If it is an OEM Aside from the SMU button, my only other idea is to do a fresh install again without ever connecting it to the network.

I assume that, side from the windows machines on the network, there is a router, dhcp server, maybe dns, maybe other servers that the mac is picking up and perhaps caching some configuration information from. Also, testing the battery by setting the clock and unplugging it does not take 2 hours, as such.

It was a semi-arbitrary number. If the time setting is lost after 5 minutes, it demonstrates the same problem. Thanks for the replies. To answer your questions: yes it's a retail With the big black X through it on the disc label. My Don't have this disc.