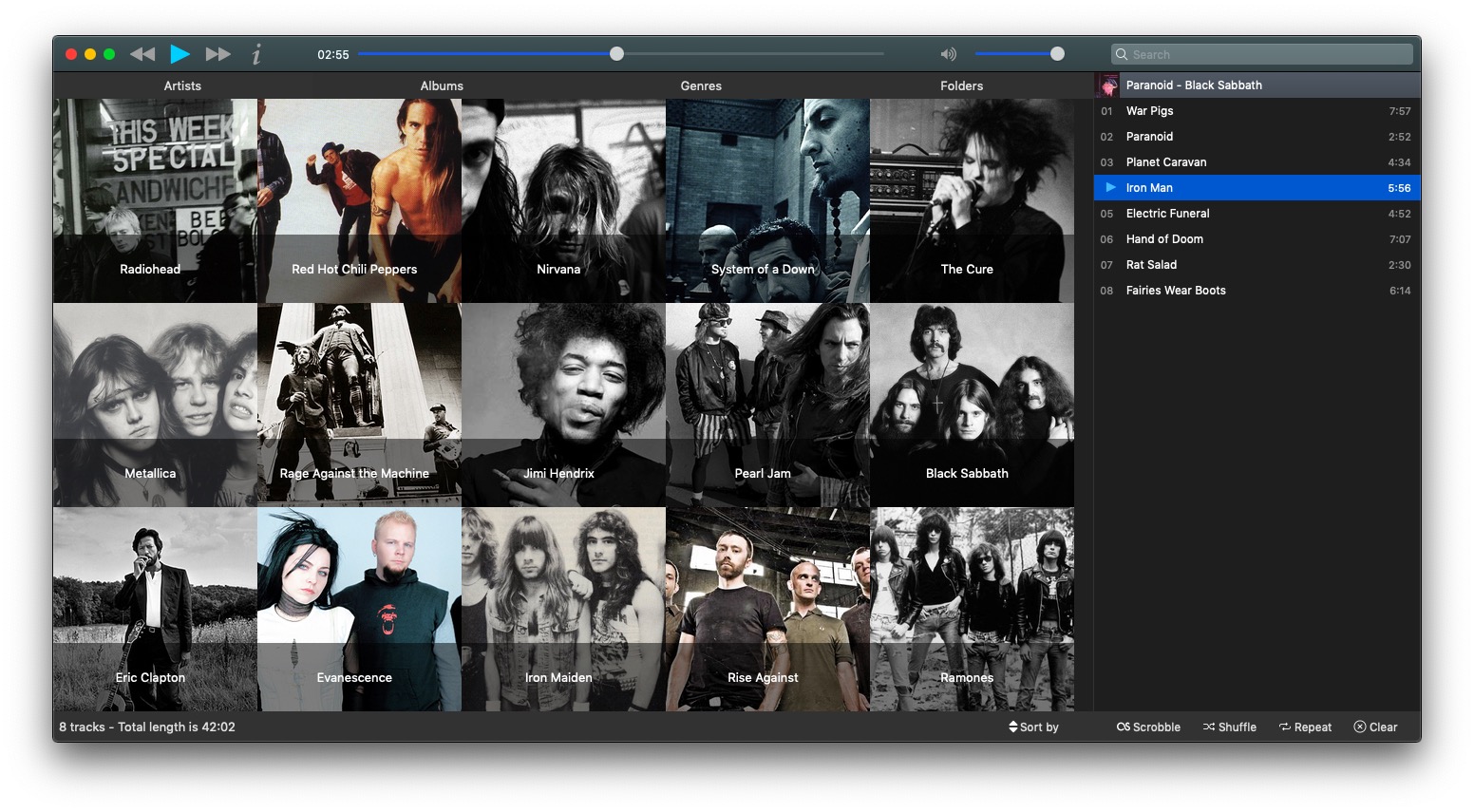 
Black Voices. Latino Voices. Asian Voices. HuffPost Personal. CUE sheets are now supported - they are detected automatically when scanning your library and each track will show up separately. We've made a load of smaller improvements as well such as showing album covers in the Library tab, greying out deleted songs, a "Show in file browser" option, support for network proxies, a "Full library rescan" option, and a new tooltip for the track slider that helps you seek more accurately to a specific place in a song.

Which Music Player Do You Use?

This release features two new information panes that show lyrics, song statistics, artist biographies, photos and lists of tags and similar artists. We've redesigned the sidebar although you can switch back by right clicking on it , and also added ratings, play counts and skip counts. You can create smart and dynamic playlists from songs in your library, and also now listen to music from Jamendo and Icecast radio stations.

This release adds support for using portable devices with Clementine. See the wiki for more information. Support for using a Wii Remote as a remote control has been added. Other features include a Queue Manager, an Organise Files dialog, automatically stretching columns in the playlist, loading embedded id3v2 cover art, more library scanning options, drag and drop between playlists, and a hypnotoad. We've also reduced startup time by more than half, fixed a load of memory leaks and reduced CPU usage while playing music.

In this release we've switched to GStreamer on all platforms, meaning the analyzer and crossfading between tracks will now work on Windows. It's been just over a month since we released the first version of Clementine.