But I came across some other problems as well, so I tried to add the code modification for linux users in the makefile, as you suggested.

But this doesn't seem to work for me. I'm probably doing it the wrong way. Could you explain a little further how I can put this code in the makefile? I just left the suggested code out of the makefile for now and tried to make a sense out of the other errors I got:.

There was a problem with gstreamer: In the makefile it said version 0,10 and the version that was automatically installed on my computer with the use of the dependencies. So I changed it all the 0. The error disappeared, hurray! I'm still wondering whether or not this will cause any trouble later on though.

How to Setup OpenGL (GLUT) in CodeBlocks?

I thought this had to do with the fact that the ofxCv library is called ofxOpenCv in the linux version of OpenFrameworks. And the folder where its in is also called ofxOpenCv instead of ofxCv. And I renamed all the of the include "ofxCV. And now I'm stuck :- I checked if the openCv examples that came as a standard within the OF package where working, just to be sure, and they are working fine.

Hi Kyle, Thanks! I downloaded ofxCv and I generated a project using the project generator, just like you said. I tried to compile the BlinkExample. But I still got some errors. I think I got rid of some them, but not all:. At first I got a whole bunch of errors from the compiler ' no such file or directory ' I found out that it had to do with the BlinkExample.

After this I got the following error: cairo-features. 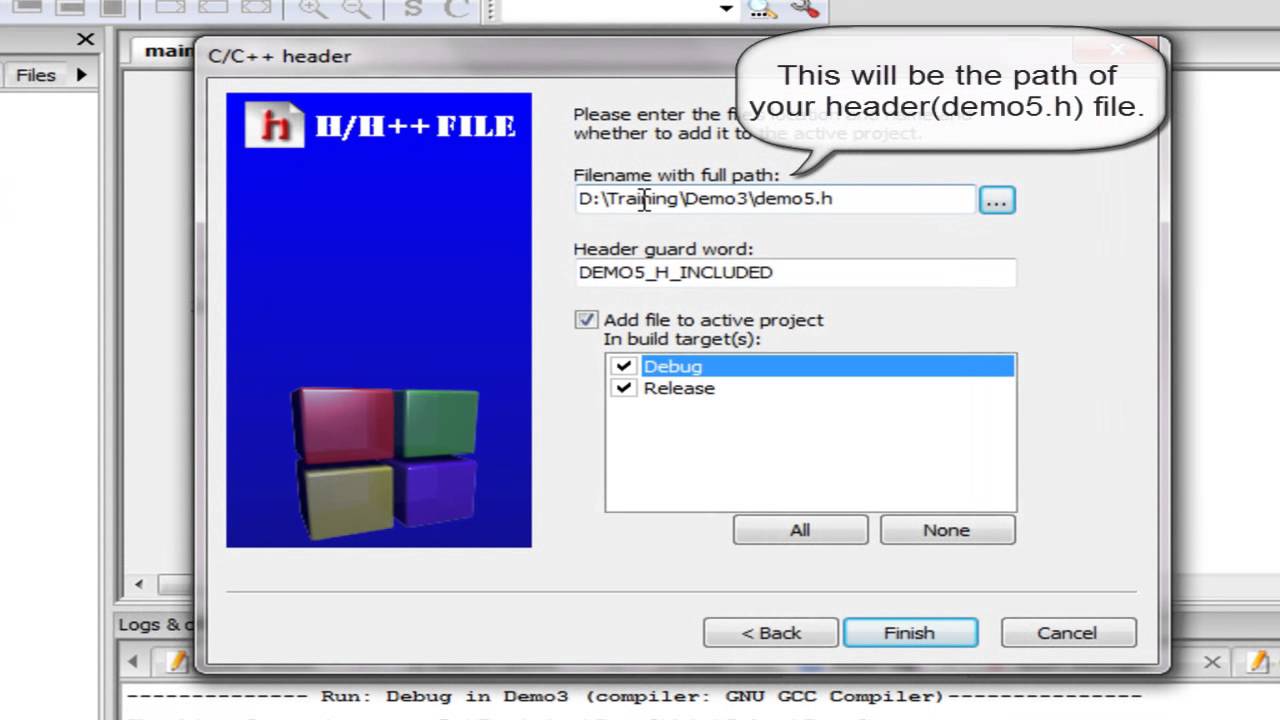 I tried if the addon would work with an older version of oF. So I tried to compile the example with different versions of oF, but this didn't solve the issue.

Resolve code block problem as no such file or directory

Any tips about what else I can try? Since this error has to do with Openframeworks itself, I will post this issue on the Openframeworks forum as well. It sounds like these are problems with the project generator itself.

Could you try to generate an example with no addons, and see if t runs? If there is a problem, could you report it to the main openFrameworks repo? Code:Blocks is pretty rough and no longer under active development. In some ways better than visual studio but some ways worse. Qt Creator is under active development, and can be used to build native applications you do not need to use the Qt libraries.

The debugger is quite good. I am still using Visual Studio because it is a little bit faster at compiling and checking dependencies, and of course the Visual Studio debugger is still the king. Quite frankly, Qt Creator does everything that Code:Blocks does, times ten, and more. Jochen Arndt Mar am.

Ask yourself: Where is the file stored full path? If not, the compiler can not find the file.


So you must tell the compiler about the path. Because you did not tell us which you are using, we can't help from your image I can only see that you use the GCC compiler. Read the documentation of the IDE. Member Mar pm. I have windows 10 using Code::Blocks Jochen Arndt Mar pm. I thought i did those , look at the photos what else do i need to do?

And is the file in one of those directories? Note also that GCC is coming from the Linux world where file names are case sensitive I'm not sure at the moment if this applies too to the Windows version. In your initial question you are using include "SDL. You got an error while including that file: "fatal error: SDL. Do you want to build the library?

(codeblocks) No /EHs or /Zi file or directory

That might require different configuration steps and should be documented at the SDL project page how to build library with Windows. I just what the code to work..

I don't have access to your PC or know exactly what you are doing. So I can only guess. You are compiling a piece of code where did you got it from? You are even not showing the code or the exact error message but uploaded some images to external links. Most users here who might be able to answer will not open such image links.

The proper way to solve such problems: - Post the related code lines the error message includes file name and line number - Show the full error message - Give information about used OS and tools - With such errors as yours show the related project and tool configuration. Without this knowledge you won't be able to understand any solution provided here. The code it's just something i put together after reading from the SDL wiki. I can write anything in SDL but can't use the image lib's for some reason.. Are you recommending opening a new question with more detalied information?